Bryan Case currently serves as the CEO/General Manager of Fall River Electric Cooperative in Ashton, Idaho, the parent company of Fall River Propane. He received a B.A. Degree in Finance with an emphasis in Accounting from Southern Utah University, Cedar City, Utah and initially worked at Thiokol Corporation in Brigham City, Utah.

His other work experiences include Deputy Executive Director at Northwest Public Power Association, Vancouver WA and prior the Director of Accounting and Finance at Lower Valley Energy in Afton, Wyoming. Bryan’s board experience includes Vice President of the Idaho Consumer Owned Association, ICUA and President of the Power Resources Cooperative, PRC, board Portland, Oregon. He has also been involved in Rotary International and has served as Rotary President. With four sons, he has been active in boy and cub scouts, served on a utility advisory board to the Town of Afton, Wyoming and has actively participated and served in his church.

A native of Richfield, Utah, Merrick earned an Associates Degree from Dixie College and then a degree in Finance from the University of Utah at Salt Lake City. During his work career he has owned and operated several businesses including an excavation company, a movie theatre, land development firm and a snowmobile rental business.

Currently Merrick owns a convenience store and rental storage units in West Yellowstone, Montana.  His diverse career experience in excavation, retail, tourism and the petroleum field has given him a broad range of experience and knowledge to draw from to assist the growth and direction of Fall River Propane.

Don grew up as a National Park Service “brat” having lived in Rocky Mountain, Yosemite, Grand Canyon and Grand Teton National Parks. He graduated from Jackson Hole High School in Jackson, Wyoming and went on to earn a bachelor of science and master’s degrees from the University of Wyoming. Don continued his education at Colorado State University where he earned his Doctor of Veterinary Medicine.

Don moved to Teton Valley, Idaho where he has owned and operated Driggs Veterinary Clinic for nearly 35 years. While in Teton Valley, Don has served on numerous boards and has earned significant business knowledge while operating his own business. Don has been married to his wife Jan for 38 years and have two grown children, Kelley (Kenny) Dimmick and Nick (Christen) Holder.

A self-employed entrepreneur for over 40 years, Dede Draper looks to now focus her extensive array of abilities solely towards the Fall River Propane operations, after just recently retiring from the board of the Idaho Consumer-Owned Utilities Association which she served on as part of her responsibilities of being a Director of Fall River Electric Cooperative.

Born in Michigan, Dede graduated with a B.A. from Michigan State University. She moved to Spokane, Washington out of college, where she started a horticultural business, specifically dubbed “Interiorscape” that worked directly with local-area retail shops, hotels, malls and other businesses, providing them wholesale sales as well as design, installation and servicing of tropical plants for their commercial spaces.

After selling her business, she moved to Sun Valley to get more time on the mountain as an avid skier, as well as venture into additional endeavors such as furniture making and property management. Along with her husband, Mark, she relocated to Ashton in 2004, where they’ve been successful with their goat grazing business, helping aid in farm weed control.

Dede’s vast business knowledge of budgets, business management and customer service will continue to assist the Fall River Propane Board in making the appropriate decisions for all of its customers.

David has served on the Fall River Enterprises (Propane) Board of Directors since 2016. During his tenure, he has seen how a well-run organization such as Fall River Enterprises is able to thrive in it’s market, which includes witnessing the current growth and development of propane rising to the needs of Eastern Idaho, Southwest Montana and Western Wyoming’s requirements for the future.

Having a life-long interest in history and science, David received a Pharmacy degree from Oregon State University and relocated his family to Sitka, Alaska thereafter. Eventually, he became owner of a pharmacy in Sitka, and was able to raise his children in the same rural culture he found so valuable, previously. He was elected to the Sitka School Board and received his first formal board training in the mid 1980’s. In addition to being the owner and manager of Sitka Pharmacy, he also served as Greater Sitka Chamber of Commerce Board President.

David moved “south” to Idaho Falls in 1992 to manage a pharmacy and pursue further educational goals, eventually starting and operating two pharmacies and home health facilities. His career in pharmacy culminated in positions as a clinical pharmacist in a large hospital in Boise, and a long career as a geriatric pharmacy specialist.

In 1997, David and his family purchased a cabin in Island Park, ID and in 2015, their goal to convert their cabin to their retirement home was accomplished. Given his background in pharmacy and nursing homes, he was asked to serve on the Ashton Medical Board, and is also the current president of the Island Park Sustainable Fire Community, where they strive to protect the caldera from wildfire through outreach and education.

Island Park is one of the region’s growth leaders and he is proud to represent your voice.

Originally from Soda Springs and a longtime resident of Star Valley, Cindy is dedicated to serving her local community and its residents therein.

She has owned and operated her own local stone engraving business that served customers spanning the continental United States, providing her with invaluable leadership and customer service experience. Prior to that, she worked with the Town of Afton and Lincoln County for over 20 years’ time.

As a Certified Provider in the state of Wyoming, Cindy has aided in caring for adults with disabilities through organizations such as Starshine, Inc. and the Special Olympics.

Cindy continues her work serving on the Fall River Propane Board assuring that all customers experience the highest levels of satisfaction they’ve become recognized for providing.

Home » Should I Utilize A Wireless Propane Tank Monitor? 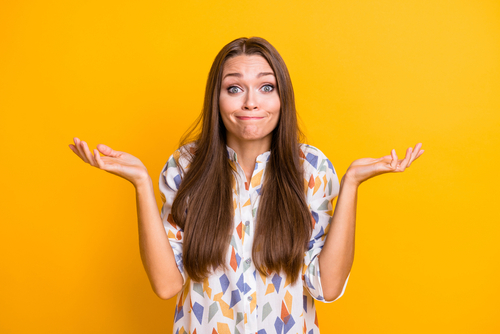 Auto-Fill is a great way to keep things simple when it comes to managing your propane deliveries—you’ll avoid the hassle of having to watch your tank gauge, as well as the potential dangers of a propane gas run-out.

But any automatic fuel ordering service has its limitations—mostly because it’s reliant on estimates formulated by your past usage. That’s great if you are using the same amount of propane that you usually do on a routine basis.

But what if you aren’t?

What if you’ve expanded your home, or installed larger propane appliances since last year? What if your kids are home from school taking long, hot showers—or if you installed a feature in your house that you use periodically and unpredictably, such as a propane pool heater or propane fire pit? If your lifestyle changes, your estimates will probably be off—even if only by a little bit—which can still put you at risk for a propane run-out.

The good news is there is an easy solution to managing your propane deliveries that’s a step up from Auto-Fill in terms of both reliability and ease of use—a wireless propane tank monitor!

How Do Tank Monitors Work?

Here’s how it works: A propane tank monitor keeps track of how much propane is always in your tank, transmitting that information to delivery teams (and to you, via a smart phone app) in real time so everyone knows when you need your next propane delivery. Whether your propane usage goes up or down, everyone will know it instantly and respond quickly so you’ll never run out of gas.

Propane Tank Monitors Are Perfect For Residential Or Commercial Use!

Even if you’ve never had a propane run-out before, a remote tank monitor could be a smart move for you. Installation is totally FREE—and for just $5 a month, you’ll get 24/7 access to monitor your tank levels whether at your home, a second home, or your commercial business!

It’s the future of propane delivery for your Montana, Wyoming, or ID home—brought to you now by Otodata and the pros at Fall River Propane!

Looking for the ultimate peace of mind solution for your propane deliveries? Install a propane tank monitor from Fall River Propane. Contact us today to learn more!